You are here: Home / Our History

In 1867, those who were led by the Spirit of Christ to look for “New Hope” in their religious life, separated from the “white affiliated membership church”, Pleasant Hill Baptist Church. New Hope has had fifteen Pastors each contributing enormously to the growth and prosperity of God’s kingdom. 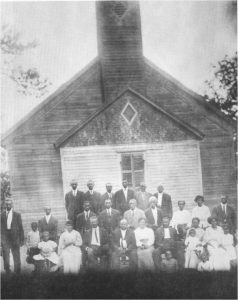 The New Hope Missionary Baptist Church was organized under the Pastorate of Reverend Seaborn Rucker who served as its first Pastor.  Anxious to have their own Church and worship service, these founding fathers held service under a brush harbor for three years before obtaining a church site. Pleasant Hill Baptist Church donated a barn for the first Church building.

Reverend Formby served as second Pastor, however, no records were kept of his leadership. 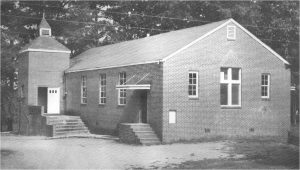 The church membership grew under the leadership of the third Pastor, Reverend M. W. White and consequently a new church was erected and Sis. Nancy Florence donated the church bell that is presently in the old Church Tower.

Under the leadership of Rev. C. N. Ellis in 1925 - 1927, a baptismal pool was built. Prior to the outside baptismal pool, people would have to walk to Old Lost Mountain Road, now Richard Sailor Parkway to be baptized in the pond located there. 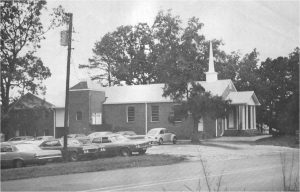 From 1927 through 2000, New Hope was blessed with membership and saw its facilities grow.  Below are just a few accomplishments along the way.

Our members are recognized for their commitment and community service. Deaconess Willie G. Watts is recognized as “the pie lady” of Powder Springs.  She was honored by the City of Powder Springs.  April 17, 2006 was proclaimed Willie G. Watts Day. Senate Bill 96 was passed in Deaconess Watts honor to eliminate the licensing of entrepreneurs selling more than $2000 worth of homemade products annually.

Deacon George Beavers became the first African American to have a local park named in his honor.  The Washington Street Park located on Landers Street, Austell, Georgia has been named George Beavers Park by the City of Austell.  Deacon Beavers was born and raised across the street from this park which was previously the Washington Street Elementary School where he attended school prior to entering Lemon Street High School, Marietta, Georgia. The Park was officially dedicated December 12, 2007. 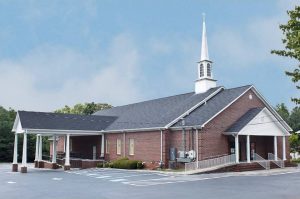 New Hope Missionary Baptist Church has been a staple in the city of Powder Springs for a long time.  Through faith in GOD and great shepherds to lead the flock, New Hope is still standing.  Below is a list of these great shepherds of New Hope:

Our heritage is one to be passed from generation to generation and kept alive by our surviving members and their children.

10:45 A.M. Service: Confidence In God When You Don’t Understand